Can an Asthma Drug Reverse Dementia?

Dementia is a term describing a variety of diseases that develop when nerve cells in the brain die or become impaired. The death of neurons causes changes in memory, behavior, physical capabilities and personality. In many of these diseases, such as Alzheimers, the associated changes often prove to be fatal.

Alzheimers disease has a significant impact on patients and loved ones:

The statistics are sobering, but the future prognosis is even worse.  There are 35.6 million with dementia worldwide in 2010–this number is expected to double by 2030 to 65.7 million, and then nearly double again by 2050 to 115.4 million. 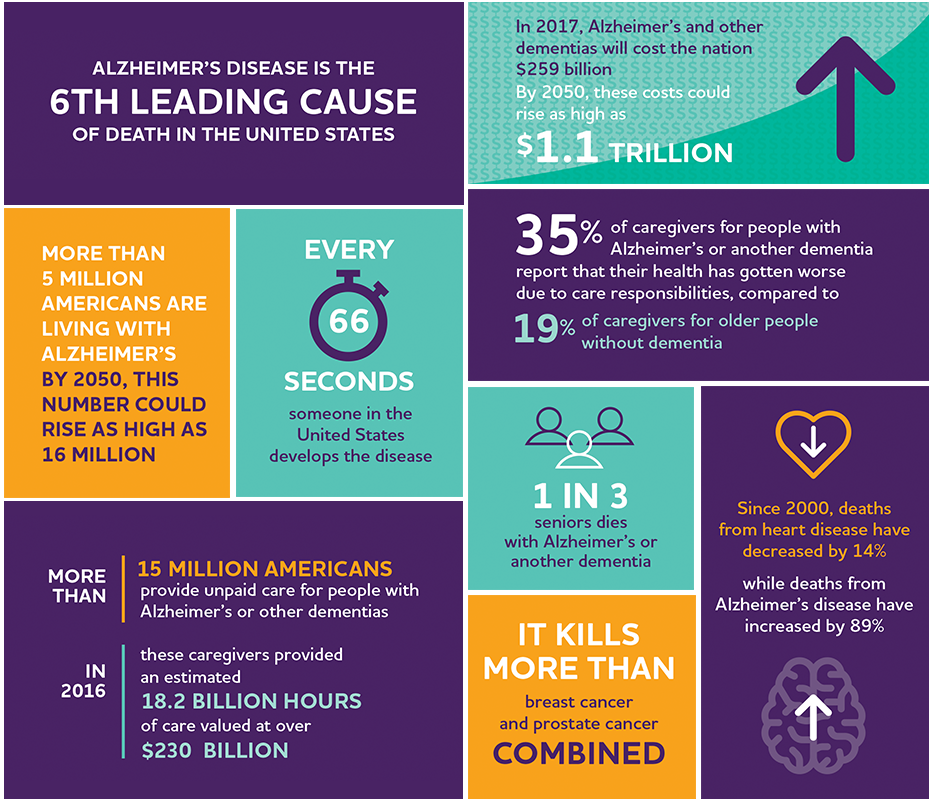 Research in dementia is an area of ongoing interest and efforts.  One of the most important questions currently being investigated is:  Can the changes associated with dementia be reversed?

Reversing memory deficits and impairments in spatial learning is especially important, since memory is one of the areas most affected bu dementia.

One obstacle that has impeded the goal of deficit reversal is a lack of knowledge about cellular pathways involved in dementia. Recently, however, a study published in Molecular Neurobiology, attempts to shed light on those processes.  Researchers at the Lewis Katz School of Medicine at Temple University have shown progress in outling a critical pathway in the development of Alzheimers-the tau pathway. Even more exciting, their results in an animal model demonstrate that tau pathology can be reversed by a drug that has already been approved bu the FDA-an asthma drug known as zileuton.

Can the changes associated with dementia be reversed?

The researchers discoveried that leukotrienes are key in Alzheimer’s disease and related dementias.  Leukotrienes play a key role in the development of inflammation, and an especially important role in the later stages of disease.  Long term exposure of nerve cells to leukotrienes causes measurable damage. This observation led to the  idea that perhaps redcution of inflammation and leukotrienes might reduce the damage they cause in dementia with teh use of an asthma drug-tileuton, a drug that inhibits leukotriene formation.

To recapitulate the clinical situation of dementia in humans, Dr. Praticò and colleagues used specially engineered mice, with symptomas of dementia — neurofibrillary tangles, disrupted synapses and declines in memory and learning ability. When the animals were 12 months old, the equivalent of age 60 in humans, they were treated with zileuton.  After 16 weeks of treatment, animals were administered maze tests to assess their working memory and their spatial learning memory. Compared with untreated animals, mice that had received zileuton performed significantly better on the tests, suggesting a successful reversal of memory deficiency.

“We can intervene after disease is established and pharmacologically rescue mice that have tau-induced memory deficits,” -Domenico Praticò, MD, Director of the Alzheimer’s Center at Temple at LKSOM

The treated mice experienced a 90-percent reduction in leukotrienes compared with untreated mice and levels of the protein known to directly damage synapses were 50 percent lower in treatedas well. In addition, untreated animals had severe synaptic deterioration, while the synapses of treated mice were indistinguishable from those of ordinary mice without the disease.  The researchers conducting the study believe the therapy shut down inflammatory processes in the brain, allowing the tau damage to be reversed.

Since zileuton is already approved by the Food and Drug Administration for the treatment of asthma, this opens the door for expedited entry into the realm of dementia treatment.  “Tthis is an old drug for a new disease,” Dr. Praticò said.  “The research could soon be translated to the clinic, to human patients with Alzheimer’s disease.”

When an individual receives a dementia diagnosis their life changes forever; typically so does that of their closest family or friends who often take on the role of caregiver. This latest result, in combination with continued research, may change that reality and provide new options for patients with dementia.