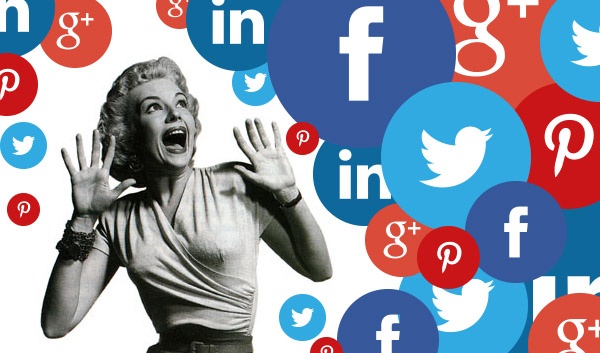 In 2017, advertising and promoting products is a minefield.  The availability of detailed and extensive information on consumer spending habits provides countless ethical pitfalls that are only magnified when the product in question is a drug.  In the past only magazine ads and TV commercials were utilized for drug advertising, now we have an array of choices that don’t always feel like marketing, but more like a conversation with a good friend.

Advertising for new drugs is an astonishing $5.2 billion annually, a figure that has increased 60 percent during the last four years.  With such a noticeable increase in advertising spending to market drugs, critics are questioning how pharmaceutical ads may be affecting consumers.  Complicating the matter is the relatively recent phenomenon of social media, and the role “influencers” play in advertising.  Social media influencers rely on word-of-mouth advertising, one of the most powerful tools in a marketing arsenal.  Favorable word of mouth has been shown to influence 20 to 50 percent of all purchasing decisions.

In the brave new world of digital relationships, word of mouth has moved beyond friends and family into the realm of influencer marketing.  Recent Twitter research found that 49 percent of consumers are swayed by social media influencers, with almost 40 percent of Twitter users having made a purchase as a direct result of an influencer’s Tweet.

What exactly does this digital world look like for pharma?

Recent controversies point to an answer.  Instagram, for starters. A pregnant Kim Kardashian proselytized to her 42 million followers on Instagram and Twitter about an amazing morning sickness drug she was taking. One little picture and a caption about the miracle drug that helped her with her morning sickness. Seemingly innocent, but it was a prescription-only drug, and she was compensated for the post.

There was no communication in her post initially to indicate that this was, in fact, a well-hidden advertisement but was a post which appeared as a genuine and enthusiastic love for a restricted anti-nausea drug. Later the post was amended with two words and a list of side effects to indicate she was being compensated, but how many of her 42 million followers had read the initial post and not the correction?

“It’s about being honest and up-front about conflicts of interest, whether addressing medical audiences or the public.” – Dr. Katherine Chretien, George Washington University

Should celebrities or a television screen really be given the power to peddle drugs with the hope they are capable of informing the public responsibly and accurately? Given that they usually have no prior medical knowledge and are being compensated for their actions, it remains dubious in the minds of most people and is ethically and legally questionable.

Not to mention, when the consumer goes to a health care provider demanding a specific medication, why are we cutting out the doctor, who was educated on the effects and risks? Consumers need to be educated about what they consume, but a one-minute commercial is not educating them about the benefits and risks.  A short spiel on Viagra is hardly comparable to a doctor-patient conversation about medication interactions, lifestyle and the details that a doctor considers when prescribing a medication.

There needs to be a middle ground between patronizing patients by telling them to follow “doctor’s orders” and just handing consumers the prescription pad and saying “go nuts.”  Advertising overzealously, especially in the new landscape of social media, is simply irresponsible.  Allowing an idealized person on Instagram showing off a product and connecting it to their success without full disclosure that the post is a paid advertisement is a huge disservice to consumers.

The pharmaceutical industry does not need to stand on the backs of celebrities or social media influencers to advertise the latest blockbuster medication.  For new drugs needing advertisement, there are ethical methods focusing on education instead of promotion.  Although pharmaceutical companies are in the business of turning a profit, the goal is not to sell the most product, but to deliver a drug that can improve the quality of patient health.  Advertising these products requires education, to ensure that the people who need them can help their doctors make the best decision for them.  Putting pamphlets in a doctors office or providing education material to physicians, where people are already looking for help, instead of targeting an impressionable audience of Twitter followers, is a more responsible method of advertising.

When patients come into their doctor appointments armed with enough knowledge to make them confident in their ability to practice medicine, it is frustrating for patients and doctors alike.  Patients feel cheated when doctors will not provide the requested drug, even if it is not the best choice for them.  Doctors are frustrated by difficult patients who think that a quick trip on the Internet is equivalent to a Harvard MD.  The line between Twitter providing information on a drug’s potential benefit and illegal promotion just might be a fluid one, and where it’s drawn depends on your perspective – drug maker, patient, physician or regulator.  Moving forward, whether regulations are strengthened, relaxed or rearranged entirely, one guiding principle should be foremost–patient health and safety.