Is the Patient the Most Difficult Aspect of Healthcare?

The pharmaceutical and medical industries are in the business of saving lives.  As a scientist, there is little to compare to the satisfaction of knowing that you have contributed to advancement in the treatment of an illness affecting millions of people.  I imagine that physicians feel much the same way, and take great pride in their work when they have a positive impact on their patients.  There is no doubt that the correct diagnosis and effective treatment are essential to a patient’s survival and quality of life, and pharmaceutical companies and doctors work hand in hand in this regard. 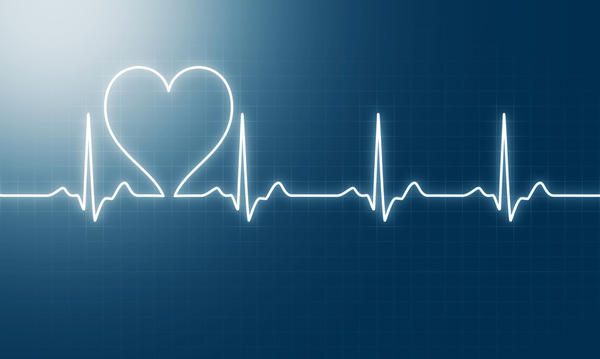 A large percentage of illness is directly caused by the choices of the patients themselves.  Statistics from the Center for Disease Control (CDC) support the idea that patient behavior is the single largest contributor to health.  According to the CDC, up to 40% of annual deaths from each of five leading U.S. causes are due to “modifiable risk factors.”  In addition, patients often do not understand or follow their doctor’s recommendations:  after leaving an appointment, 50% of patients do not know how to follow the instructions of their healthcare provider.  In case this seems like a problem with a new diagnosis, people with chronic conditions only take 50% of prescribed doses of medication.

The question then becomes:  is the biggest barrier to patient health the patients themselves?  If so, does pharma have a role in effecting change?

The cost for patient noncompliance is astonishing.  Yearly expenditures for the consequences of nonadherence to treatment are estimated to be in the hundreds of billions of US dollars.  Hospitalization costs due to medication noncompliance are as high as $13.4 billion annually in the US alone.

There are several reasons why people are so apparently resistant to change, whether it is compliance with medication or refusal to keep appointments:

The most effective blockbuster drug available is worthless if patients will not take it, and lawsuits against doctors and drug companies are more likely when patients do not fully understand or implement their treatment protocol.  Patient compliance is not only good health care, it has become good business.

Recent trends in pharmaceutical marketing have harnessed the power of behavioral science and research to identify areas in which marketing can have a direct, positive impact on patient behavior.  The following three trends stand out as promising avenues for pharmaceutical companies to encourage healthier behavior among patients:  incorporation of behavior-based marketing, the rise of telemedicine and the growth of health-related technology.

TREND 1 SCIENCE BASED MARKETING:  MARKETERS ARE GETTING SCHOOLED ON HUMAN BEHAVIOR

Behavior modification is not a new concept in marketing, the premise is based on the idea of influencing consumer behavior; a philosophy that has worked for decades.  Some approaches are remarkably successful—does the Nike “swoosh” come to mind with the iconic phrase “just do it?”  Others, such as the recent Kylie Jenner/Pepsi commercial have the opposite of their intended effect.

Studies of change have found that people move through a series of stages when modifying behavior known to behaviorists as Prochaska’s stages of changes. This process begins with a stage, moves into contemplation, then into preparation, followed by action then finally, maintenance.  Only a minority (usually less than 20%) of a population is prepared to take action at any given time.  Understanding where a patient is in their process is the first step in guiding them towards a change.

What does this mean for pharma companies and marketing?

The short answer is, it’s all about communication, not lecturing, a common healthcare marketing tactic.  Fostering long-term change, even a change in a person’s best interest requires a nuanced understanding of their circumstances, behaviors, decision-making and beliefs.  There is no shortcut, just simple respect, connection and communication to allow genuine engagement with consumers.

TREND 2 TELEMEDICINE:  THE DOCTOR (COMPUTER) WILL SEE YOU NOW

With the current shortage of physicians reaching a critical point in many areas of the country, it seems natural that technology would serve as a potential solution to this problem.  Telemedicine encompasses a wide variety of healthcare services, ranging from straightforward monitoring of medications to live video consultations with the doctor.  Communication can occur through a multitude of platforms such as patient-doctor teleconferences, web-based group and pre-recorded video presentations.

Although telemedicine has not replaced traditional doctor-patient visits, it is becoming an attractive option for many communities and patients.  Telemedicine is attractive for both patients and providers for several reasons.  Providers can improve healthcare outcomes while reducing costs, and patients can receive the same quality of care with greater access and convenience.  According to a recent study, 74 percent of patients are comfortable using technology to interact with physicians.

Technology and medicine seem like the perfect marriage:  massive amounts of complicated data available to healthcare providers and patients, at the touch of a fingertip.  Technological solutions, such as assistive tech or smartphone apps, have the potential to play a major role in monitoring patient compliance ad health while simultaneously improving communication throughout the healthcare team.

Although the idea of technology in healthcare is promising, statistics tell a slightly different story: 10% of Americans own an activity tracker, but 50% do not use their device.  In fact, 33% of people stopped using their tracker after 6 months.  The lack of long-term usage suggests that although people are initially open to the idea of improving their health through data collection and tracking, their needs are not being addressed effectively.

The lack of long-term interest by the public has not stopped developers, hope springs eternal.  Approximately 160,000 health apps are currently available in the Apple and Android stores, with more appearing daily.  According to a Compuware 80 to 90 percent of all downloaded apps are used once and then deleted.  Although technology holds great promise for a place in healthcare and patient compliance, some challenges need to be overcome before it is readily accessible and commonplace among patients.

These emerging trends in marketing paint a clear picture of the most critical aspect of successful attempts to improve adherence behaviors:  the idea of partnership.  Optimal therapy requires a partnership between the pharmaceutical and healthcare industries, as well as patients, in order to increase patient adherence to treatment and enhance opportunities for positive healthcare outcomes.