Alzheimer’s is a progressive, neurodegenerative disease characterized by memory loss and impaired cognition, with as many as 5.4 million Americans living with the disease.  Today Alzheimer’s disease is the sixth leading cause of death in the United States and the 5th leading cause for those 65 and older.  The symptoms of Alzheimer’s slowly creep into our lives and affect loved ones in profound ways.  Throughout the years, research and medications have helped, hindered and or even prevented some of the serious symptoms, but currently, there is no cure.

According to the Alzheimer’s Research and Prevention Foundation, regular physical exercise can reduce the risk of developing Alzheimer’s disease by up to 50 percent.  Moreover, studies have shown that women aged 40 to 60 who exercised regularly were seen to have a dramatic reduction in memory loss and cognitive decline.  More recent findings suggest that an overall active lifestyle is critical to health–both brain and body.

Recently, researchers at the Goethe University in Frankfurt have released the results of a worldwide study demonstrating how exercise affects brain metabolism.  The take home message?  Physical exercise can prevent cognitive impairment and dementia in old age and is crucial to overall brain health.

Researchers took 60 participants between the ages of 65 to 85 in a randomized controlled trial and assessed movement-related parameters, cardiopulmonary fitness and cognitive performance.  Magnetic resonance tomography (MRT) and magnetic resonance spectroscopy (MRS) were used to measure brain metabolism and brain structure. Following this examination, the participants mounted an exercise bike three times a week over a period of 12 weeks; the 30-minute training sessions were individually adapted to each participant’s performance level.  Participants were examined again after the end of the program in order to document the effects of this physical activity on brain metabolism.

As expected, physical activity had significant effects on brain metabolism:

Why Drug Makers Should Care

Alzheimer’s is not only a devastating disease, it is expensive as well.  In 2013, family members and friends provided 17.4 billion hours of unpaid care to those with Alzheimer’s and other dementias, valued at $220.2 billion.  In 2014, the bill for Medicare and Medicaid for Alzheimer’s and other dementias will be $150 billion for health care, long-term care and hospice.  Add to this equation increasing life expectancies and the aging baby-boom generation, and it is clear that Alzheimer’s will be a major public health issue for decades to come. 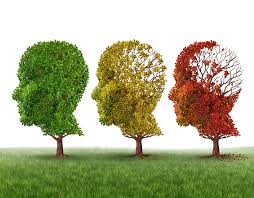 Drug development for dementia and Alzheimer’s disease is already a source of interest for drug manufacturers; this focs will only increase as the demand for new treatments expands.  As of April, 2016, U.S. biopharmaceutical companies are investigating or developing 77 medicines to help the millions of people living with Alzheimer’s disease. The medicines in development are all in either clinical trials or under review by the Food and Drug Administration.

In addition, drug manufacturers are also producing drugs to coincide with activity; drugs that target obesity, blood pressure, cardiovascular, muscle, joint, bone health, the list is nearly endless.  Coupled with exercise, there is just cause to not only to utilize and couple exercise with existing drugs, but to innovate novel products to coincide with the new findings in order to optimize successful results.