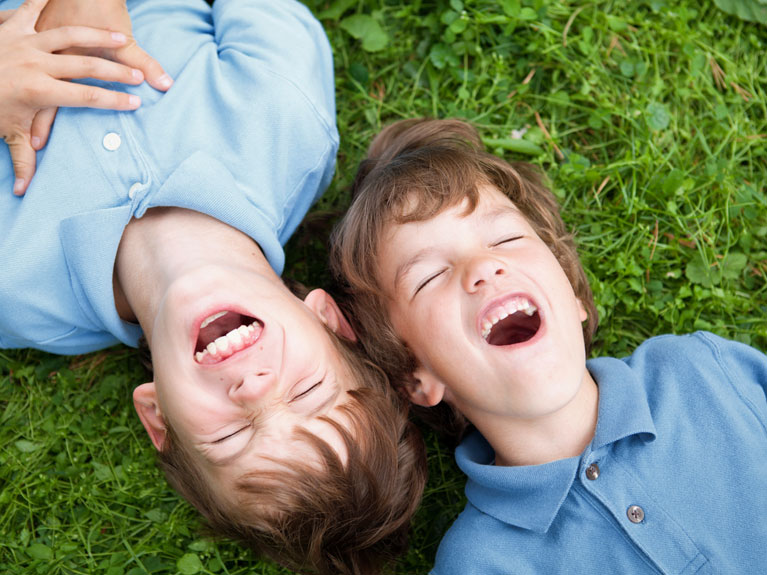 Have you ever wondered what makes a word funny?  Why do little kids run around screaming “fart!” at the tops of their lungs, then collapse to the floor in fits of giggles?  Why do certain words such as “whong” or “dingle” have us grinning while other words leave us stonefaced?  Psychologists Chris Westbury and Geoff Hollis of the University of Alberta have recently shared years of research into this surprisingly complex question.

Their published paper  in the Journal of Experimental Psychology, “Wriggly, Squiffy, Lummox, and Boobs: What Makes Some Words Funny,” analyzes the ins and outs of words that make us laugh.  The study describe the basic elements of humor in a string of unrelated letters.  Westbury and Hollis believe there are two primary components of a funny word:  “a short, infrequent word composed of uncommon letters,” and an association that is “human and insulting, profane, diminutive and/or related to good times.”

“Nobody has really done a good job at predicting humor in advance, one of the reasons is they haven’t been willing to go low enough.”  -University of Alberta psychologist Chris Westbury

A 2016 study demonstrated that part of a word’s funniness could be explained by incongruity theory — the idea that subverting expectations and social norms makes something funnier.  In that study, students rated the funniness of non-words:  meaningless, computer-generated words.  The non-words with unexpected letter combinations such as “snunkoople,” “hablump” and “jumemo” — were consistently rated funniest.  In addition, words that sounded “dirty” like “whong,” “dongl” and “focky” were also judged as funny, suggesting that perceived connotation is important in humor.

The number one catalyst for laughter isn’t a joke, but interaction with another person.

In their new study, Westbury and Hollis delved further into the relationship between word sounds, meanings and humor — this time, working with tens of thousands of real English words.  They started with a list of 4,997 common words and found that words like “booty,” “tinkle” and “nitwit” were consistently ranked as being very funny, while words like “pain and deathbed” were ranked as serious and non funny.  After categorizing them based on 20 different factors, including the negativity of the word’s meaning, how common the combination of letters was in English, and whether the word contained a crude or unpleasant sounding string of characters (such as the word, “moist”).

The researchers combined these factors and devised different equations to predict the “funny factor” of a word. They tested two of their humor equations on a list of more than 45,000 words, then ranked the results. One algorithm decided the top five funniest words on the list were:

The second equation predicted the funniest words as:

Based on the results of both the highest- and lowest-rated words, several patterns emerged.  The least-funny words were those with highly negative and harmful  meanings, words like “attacks” and “harassment.”  Connotations of sex, bodily functions, insults, animals and partying were predicted to make us laugh.

Phonemes (word sounds), were an important consideration as well.  Uncommon letters such as k, j and y were consistently rated as funny, with the single most amusing phoneme in English turned being the vowel sound /u/ (“uh”), as in “guffaw.”  The nest step?  Westbury and Hollis plan on extending their research into word pairs — “such as muzzy muffin and fizzy turd,” and then entire jokes.