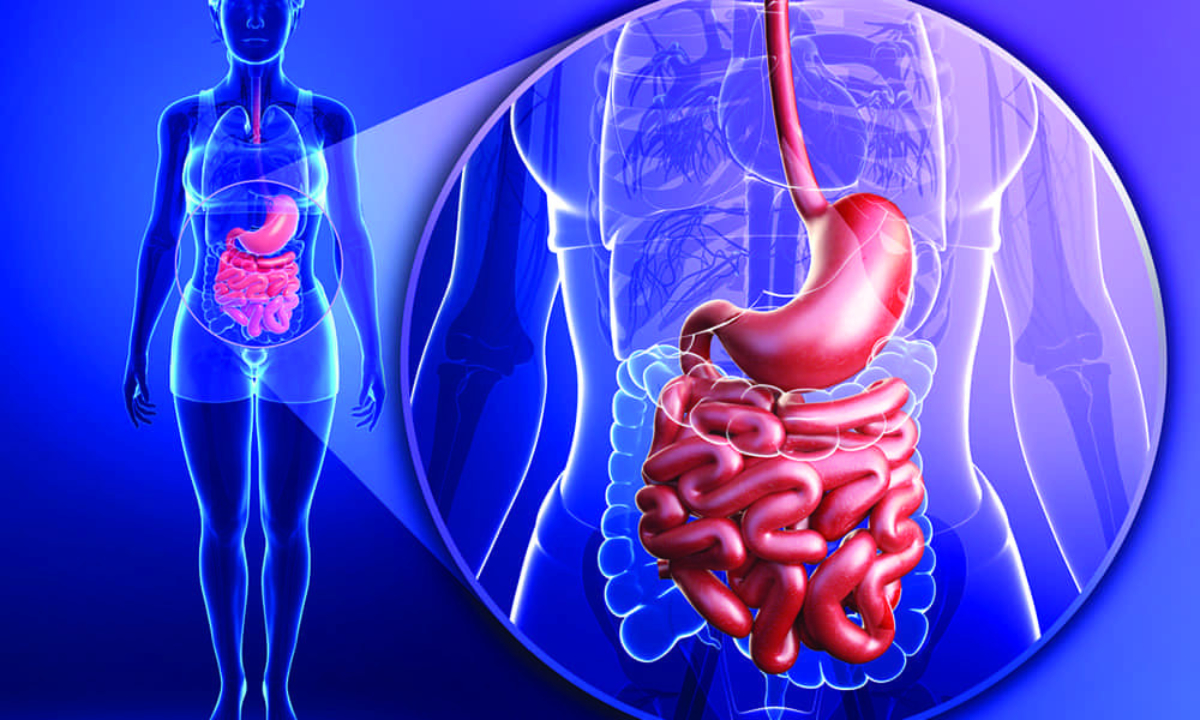 There are as many kinds of fasting as ideological differences between people. Still, all of them share the general principle that eating is restricted to specific days of the week or hours of the day. Intermittent fasting is believed to increase insulin sensitivity [1][2], potentially helping reverse type II diabetes. There are multiple side-benefits: decreased blood pressure, reduced night-time hunger, slower aging, and a superior lipid profile. Some of these claims are substantiated more thoroughly than others, but an increasing number of them are quantitatively demonstrated in clinical studies.

Although seemingly unrelated, the subject of SIBO may prove to fall among those side-benefits – or for sufferers of the disease, it could easily become the main focus. SIBO, itself only recently under the attention of the medical profession, is short for Small Intestinal Bacterial Overgrowth. SIBO is a condition that usually involves relentless, stabbing, motile stomach pains, often exacerbated during eating. Adding insult to injury, the syndrome frequently features gas, bloating, sleep disturbances, diarrhea or constipation, as well as other gastrointestinal problems. All of this is thought to be caused by an out of control overgrowth of bacteria in the small intestine, “bad bacteria” that has run amok or bacteria that are not typically found in the human digestive tract.

Diet plays a considerable role in SIBO, either by initiating and fueling the bacterial overgrowth or tamping it down during treatment. As the ancient polymath Maimonides once said, “No disease that can be treated by diet should be treated with any other means.” SIBO is believed to be brought on by a combination of factors, two of which are strictly relevant to this discussion. The first is the kinds of foods that cause illness: simple carbohydrates that tend to fuel the overgrowth, including sugars, and a few complex carbs that bacteria inside the human body are unable to process. The second point of concern is timing. SIBO often strikes people who have frequent, sudden, and dramatic changes to eating patterns.

Intermittent fasting can target each of these issues. The emphasis on restricted times for eating is a strong central point that might help the body prune the overgrowth. By maximizing the time between feedings, the gut is afforded more opportunity to clean itself. Time for extra waves of peristalsis means we might be able to manually remove more bacteria along with the chyme, and time with an empty small intestine could mean that we have more time to starve whatever microbes are still hanging around.

The other point is diet, insofar as it relates to not feeding the bacteria that are present. Intermittent fasting is often coupled with other, healthful changes in the diet, but it is separable from those influences. After all, some people entirely refrain from eating two days a week, or even every other day of the week, and many of these people eat whatever they want on non-fasting days. Could this provide relief for those with SIBO?

More research needs to be done, but the preliminary, anecdotal evidence provided by doctors shows that it works[4]. By increasing the rate of the MMC – the migrating motor complex, a series of electromechanical waves that serve to “sweep house” during the long periods between meals – extended fasting helps the gut to reduce the bacterial overgrowth.[5]. The MMC is so heavily bound up with SIBO that impairment in this area is considered a known cause of SIBO.[6] Conversely, SIBO itself tends to reduce the duration of peak MMC activity, or eliminate the peak phase, so fasting may help initiate a positive-feedback boost where our gut health spirals upward.

Another important mechanism by which bacterial overgrowth might be attenuated by fasting is the regulation of the type of flora present. This, too, is the subject of ongoing research and not just for SIBO. One paper, studying the effects on patients with MS, examined the relationship between beneficial gut microorganisms and the brain. Several of their observations hint at myriad possibilities:

“A mechanism through which diet can influence immune responses is the gut microbiome, which is emerging as a critical contributor in numerous human diseases. Here we show that intermittent fasting (IF) ameliorated clinical course and pathology of the MS animal model, experimental autoimmune encephalomyelitis (EAE), leading to less inflammation, demyelination, and axonal damage. IF changed the gut microbiome resulting in increased bacteria richness and enrichment of the Lactobacillaceae, Bacterioidaceae, and Prevotellaceae families.”[7]

Healthier gut microbiota is what is needed for SIBO. The improved balance of microorganisms, the drop in markers of inflammation, and neurological damage signal a truly enormous scope of benefits. Although the diet may not be suitable for everyone, it’s time for many more of us to try it. Friendlier bacteria and a healthier gut await.