What Exactly Does CMC Mean In The Pharmaceutical Industry?

Must specify specific production methods, product features, and product testing to guarantee that the product is safe, effective, and consistent between batches. CMC, chemistry, production, and control are the names given to these operations.

After drug discovery, CMC is involved in all phases of the drug development life cycle. During preclinical drug development, the appropriate analytical techniques for monitoring the product are verified. Stability testing may begin, establishing the physicochemical characteristics of the product, and raw materials can be selected and evaluated. Further analytical technique validation and drug product characterization are necessary when the drug development process enters the clinical stage. Following clinical studies, the scale-up procedure must verify that bigger batches of products are identical and satisfy the same criteria as the medication evaluated in clinical trials. Lot release and in-process testing will continue once the production process has been certified.

This part of the learning center delves into the CMC needs of various goods. Small compounds, big molecules, and gene therapy products all have very distinct needs. However, they aim to ensure that a safe and effective product that meets or goes above NDA requirements is routinely delivered throughout the manufacturing process.

Chemistry, manufacturing, and controls (CMC) are components of a pharmaceutical clinical trial or marketing application.

There have been instances when medicines have been refused clearance because they did not show the product’s quality and manufacturing process sufficiently high. Regulators must be certain that the product examined during clinical trials is consistent with commercialization batches produced years later.

The ICH and FDA have issued numerous guideline papers to assist pharmaceutical firms in meeting the CMC requirements of their products. These are some examples:

The FDA advocates for CMC standards to be assessed. The more advanced the clinical study, the more information is required. This section provides a list of CMC requirements for the IND (New Drug Inquiry) or NDA support (new drug application). The amount of CMC data needed varies based on the clinical trial’s size, duration, form, and prior use.

This section provides a list of CMC requirements that must be fulfilled in support of an IND or NDA (new drug application). Depending on the size, duration, and dosage shape of the clinical trial, the amount of CMC information needed varies.

The necessary CMC tests are divided into two categories by ICH Q6A: universal tests, which apply to all novel drug substances or drug products, and specialized tests, which may be evaluated on a case-by-case basis. The drug substance is the unformulated active ingredient, while the product is the finished result after being formed with excipients. 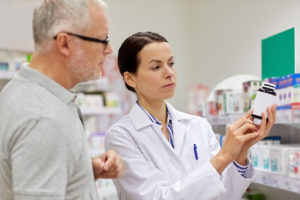 Specific testing of new drug compounds should provide a method for demonstrating stability. A chiral test may be required if the product is optically active.

must evaluate impurities such as organic and inorganic impurities and residual solvents in the drug material.

A summary of the dose form (size, shape, and color)

Identity tests should be used to determine the identity of the medicinal product. These tests should be able to distinguish between substances with similar structures that are likely to be present. Should provide assays for determining strength and stability.

Impurities, such as organic and inorganic degradation products and residual solvents, must be evaluated in the drug product.

Should perform particle size distribution testing on drug compounds intended for use in solid or suspension formulations. Dissolution rates, bioavailability, and stability may all be affected by particle size.

Some drugs occur in various crystalline forms, each with its own set of physical characteristics. Differences in these forms may have an impact on the drug’s performance. If several conditions exist and have an effect on the medication, the relevant solid-state should be indicated.

Control of the other enantiomer should be addressed in the same way control of other impurities is handled for chiral medicinal compounds produced as a single enantiomer. Identity testing should be able to differentiate between the two enantiomers.

the amount of water

Water content testing is required when the drug ingredient is known to be hygroscopic or damaged by moisture. Over loss on drying processes, the Karl Fischer method is recommended.

Testing for inorganic contaminants may be required depending on the production process.

must check sterile medicines for sterility, and if the product is injectable, must also evaluate the number of endotoxins. Nonsterile goods may be tested using microbial limits testing, which measures the bioburden on the development and a test for the absence of undesirable organisms.